Where Caring is a Family Tradition

Founded in 1944 by Clarence and Luella Mueller, Mueller Funeral Home had its beginnings in a furniture store. Seventy-Five years have brought about tremendous change to the aesthetics of the funeral home, but what's inside has remained true to the values of, compassion, dignity, and professionalism that for Clarence and Luella served as a foundation for serving families in Winneconne and the surrounding area.

In 1957, after more than ten years of moving furniture to accommodate funeral services, a new building was built, adjacent to the furniture store, to house the funeral home.

In 1976, Clarence and Luella's son Ronald Mueller along with his wife Micki purchased the funeral home.

Years later, it became apparent to Ron that the funeral home was too small to meet the needs of the expanding area of his service. March 1, 1998 marked the opening of the current location of Mueller Funeral Home offering nearly four times the space of its predecessor, and includes amenities that anticipate the needs of the families we serve.

In July of 2001, the tradition continued, when Ron and Micki Mueller welcomed their son-in-law, Kelly Angell to the family business. Kelly was born and raised in the Winneconne area. He graduated from U.W. LaCrosse with a business degree and continued his education, graduating from Worsham College of Mortuary Science in Chicago. Kelly came to Mueller Funeral Home with seven years of funeral service experience, attained while working for two funeral homes in DePere.

In June of 2007, Kelly and his wife Julie purchased the funeral home from Julie's parents, Ron and Micki Mueller. Kelly and Julie continue the long standing tradition of guiding families through life's most difficult times with the same compassion, dignity, and professionalism that has been passed down through the generations. 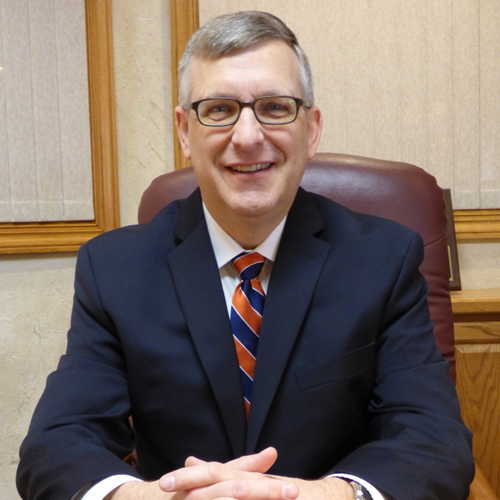